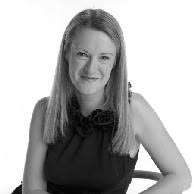 Ireland
Sarah Webb's books have been published in many different countries including the U.S. and Indonesia. She has also written four children's books, has contributed short stories to many collections, and has compiled and edited two charity collections of her own.

Sarah studied Arts in Trinity College, Dublin and worked in the book trade for many years as a Children's Buyer. She now combines writing with working as a Children's Book Consultant, and reviewing children's books for the Irish Independent. She has also programmed and run many successful readers' days, and is on the committee of Irish Pen.

She lives in Dun Laoghaire, Co Dublin, with her partner and three children and spends as much time as possible in her parent's second home in Castletownsend.

Turning Turtle (2002)
Denise Deegan
"It's hard to believe that 'Turning Turtle' is Denise Deegan's first novel. Chronicling in heady detail the break down of a modern Irish marriage, it is well written and utterly involving, with some superbly drawn characters and a carefully constructed plot. I highly recommend it to any reader and I look forward to reading Denise's next book."