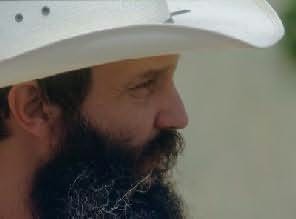 aka William Gear
W. Michael Gear is an American writer, and archaeologist born in Colorado Springs, Colorado on May 20, 1955. He is perhaps best known for his First North Americans series, co-authored with wife Kathleen O'Neal Gear.

W. Michael Gear graduated from Fort Collins High School in 1972 and pursued both his Bachelor's (1976) and Master's (1979) degrees at Colorado State University. Upon completion of his Master's in physical anthropology he went to work for Western Wyoming College in Rock Springs, WY as a field archaeologist.

Titanshade (2019)
(Carter Archives, book 1)
Dan Stout
"Take a little Mickey Spillane, some Dashiell Hammett, a bit of Raymond Chandler, and mix it with Phillip K. Dick's Blade Runner; add a taste of C. J. Box, and Craig Johnson, and you've got a masterpiece of a first novel. I hate to call any novel a work of genius, but Stout's Titanshade taps all the right keys."