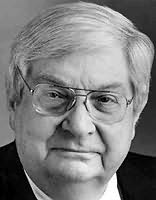 aka Walter Hermann, John Tiger
Walter Herman Wager - Harvard Law School graduate and a Fulbright Scholar. Author of more than 30 crime and spy novels, with three of his books having been made into movies: Die Hard 2 (based on 58 Minutes), Telefon and Twilight's Last Gleaming (based on his novel Viper Three). His books have been translated into over 15 languages. He also wrote a number of original novels in the 1960s, under the pseudonym John Tiger, based upon the TV series I Spy and Mission: Impossible.