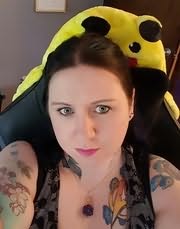 Annie Bellet is a full-time speculative fiction writer. She holds a BA in English and a BA in Medieval Studies and thus can speak a smattering of useful languages such as Anglo-Saxon and Medieval Welsh.

Her books include Avarice (Pyrrh Considerable Crimes Division: Book 1), A Heart in Sun and Shadow (Cymru That Was: Book 1), The Gryphonpike Chronicles series, and the Twenty-Sided Sorceress series.

Genres: Urban Fantasy, Fantasy, Paranormal Romance
Series
Cymru That Was
1. A Heart in Sun and Shadow (2011)