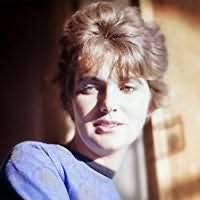 Early publication commenced when she was twenty-four, in Saul Bellow's journal The Noble Savage and in The New Strand. Later stories appeared in the Atlantic Monthly, New American Writing, and countless smaller magazines. Homesick won an American Book Award.

Berlin worked brilliantly but sporadically throughout the 1960s, 1970s, and most of the 1980s. By the late '80s, her four sons were grown and she had overcome a lifelong problem with alcoholism (her accounts of its horrors, its drunk tanks and DTs and occasional hilarity, occupy a particular corner of her work). Thereafter she remained productive up to the time of her early death.
Collections
A Manual for Cleaning Women (1977)
Angel's Laundromat (1981)
Legacy (1983)
Phantom Pain (1984)
Safe & Sound (1989)
Homesick (1990)
So Long (1993)
Where I Live Now (1999)
Evening in Paradise (2018)