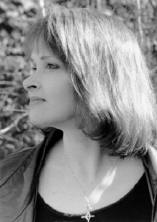 (b.1954)
Mayas addicted to speculative fiction. For this, she blames her dad and Ray Bradbury. Shes authored eight novels of speculative fiction, short fiction thats appeared in Analog, Amazing Stories, Interzone, and others, and has been short-listed for the Nebula, Sidewise, and British SF awards. She and writing partner Michael Reaves are promoting the November release of STAR WARS: SHADOW GAMESa new addition to the Star Wars expanded universe.

Marah Chase and the Fountain of Youth (2020)
(Marah Chase, book 2)
Jay Stringer
"Ever wonder what Raiders of the Lost Ark would be like if it was set in the present day and Marian Ravenwood got to do all the cool stuff instead of Indiana Jones? Marah Chase and the Conqueror’s Tomb gives you a chance to find out. Jay Stringer has given readers a ripping yarn with all the elements of a multi-dimensional spy adventure: a dangerous, high-stakes quest, formidable adversaries, international intrigue, love and lust, loyalty and betrayal, cliff-hanging suspense a la Dan Brown and, best of all, a cast of characters that will keep you thinking about them and wondering what they’ll do next. Then there’s Stringer’s deliciously ambiguous approach to the potentially supernatural. Is it magic or technology? Read it and decide for yourself."
Visitors to this page also looked at these authors
Zoë Sharp
Julie McElwain
Greg Iles
Tessa Lunney
James Rollins
Christopher Fowler
Clive Cussler
Lee Child
David Baldacci
Martha Grimes
Gregg Hurwitz
Alice Blanchard
Heather Graham
Stuart MacBride
Andy McDermott
Elly Griffiths