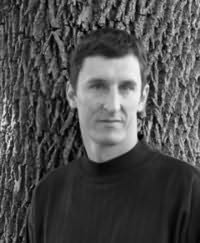 Steve Bein is an author, philosopher, professor, climber, photographer, translator, and world traveler. His short fiction has appeared in Asimovs, Interzone, Writers of the Future, and in international translation.

Steve was born in Oak Park, Illinois, a near west suburb of Chicago. His first career as a perpetual student took him to universities in Illinois, Germany, Japan, and Hawaii. That all culminated in a PhD in philosophy from the University of Hawaii at Mnoa. Today Steve is a visiting professor of Asian philosophy and Asian history at the State University of New York at Geneseo, where he also teaches courses in philosophy and science fiction.

Steve is a rock climber, mountaineer, SCUBA diver, skier, and avid traveler, and he enjoys just about anything he can do outdoors. He has dabbled in a wide range of martial arts (twenty-five at last count) and he holds black belts in two American forms of combative martial arts. These days he has returned to studying Brazilian Jiujitsu.

Today Steve splits his time between Rochester, Minnesota and Rochester, New York. He lives with Michele, his partner of seventeen years, and their Labs, Kane and Buster.