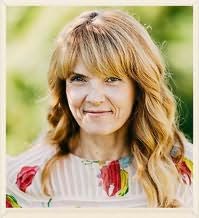 Elizabeth Crane is the author of three collections of short stories, When the Messenger is Hot, All this Heavenly Glory, and You Must Be This Happy to Enter. Her work has been translated into several languages and has been featured in numerous publications including Other Voices, Nerve, Ecotone, Swink, Guernica, Coachella Review, Mississippi Review, Florida Review, Bat City Review, fivechapters, The Collagist, Make, Hobart, Rookie, Fairy Tale Review, failbetter, The Huffington Post, Eating Well, Chicago Magazine, the Chicago Reader and The Believer, and anthologies including Altared, The Show Ill Never Forget, The Best Underground Fiction, Who Can Save Us Now?, Brute Neighbors and Dzancs Best of the Web 2008 and 2010. Her stories have been featured on NPRs Selected Shorts. Crane is a recipient of the Chicago Public Library 21st Century Award, and her work has been adapted for the stage by Chicagos Steppenwolf Theater company, and also been adapted for film. She teaches in the UCR-Palm Desert low-residency MFA program. Her debut novel, We Only Know So Much, was published by HarperPerennial in 2012 and a feature film adaptation is currently in postproduction for a 2016 release.
Novels
We Only Know So Much (2012)
The History of Great Things (2016)

Slicker (2010)
Lucy Jackson
"A straight-up, super-fun read. Smart, funny as hell, wryly observant, and supremely readable... it's impossible not to connect to the delightful original characters in these pages. There's nothing not to love. End of story."

The Good and the Ghastly (2011)
James Boice
"James Boice brings the prose as hard as his characters bring the fierce in this post-apocalyptic battle story. A true original, Boice knocks it out of the park again."