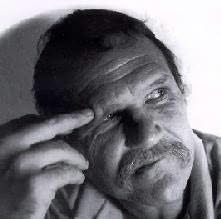 (1935 - 2012)
Harry Eugene Crews was born during the Great Depression to sharecroppers in Bacon County, Georgia. His father died when he was an infant and his mother quickly remarried. His mother later moved her sons to Jacksonville, Florida. Crews is twice divorced and is the father of two sons. His eldest son drowned in 1964.