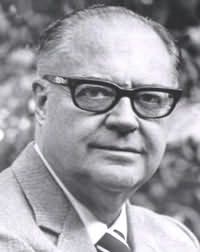 (1915 - 1996)
Born and raised in New York City, Richard Condon began writing fiction in his forties. He had previously worked in the movie business for more than twenty years as a press agent for Walt Disney productions, putting in time at nearly all of the major studios. In addition to The Manchurian Candidate -- a work that many feel disturbingly foreshadowed the assassination of both President John F. Kennedy and his brother Robert -- he wrote numerous bestsellers, including Prizzi's Honor and Prizzi's Family. He died in 1996.
Series
Prizzi
1. Prizzi's Honor (1982)
2. Prizzi's Family (1986)
3. Prizzi's Glory (1988)
4. Prizzi's Money (1994)

The Secret Lovers (1977)
(Paul Christopher, book 3)
Charles McCarry
"The Secret Lovers is the definitive work of fiction on international espionage. [The author] testifies to the pain, horror, and sometime madness it inflicts upon the people who perform it. It is an imperative statement about our complex times."