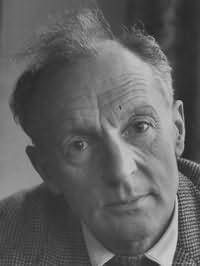 Ireland (1888 - 1957)
Cary now undertook his great works examining historical and social change in England during his own lifetime. The First Trilogy (194144) finally provided Cary with a reasonable income, and The Horse's Mouth (1944) remains his most popular novel. Cary's pamphlet "The Case for African Freedom" (1941), published by Orwell's Searchlight Books series, had attracted some interest, and the film director Thorold Dickinson asked for Cary's help in developing a wartime movie set partly in Africa. In 1943, while writing The Horse's Mouth, Cary travelled to Africa with a film crew to work on Men of Two Worlds.

Cary travelled to India in 1946 on a second film project with Dickinson, but the struggle against the British for national independence made movie-making impossible, and the project was abandoned. The Moonlight (1946), a novel about the difficulties of women, ended a long period of intense creativity for Cary. Gertrude was suffering from cancer and his output slowed for a while.
Series
First Trilogy
1. Herself Surprised (1941)
2. To Be a Pilgrim (1942)
3. The Horse's Mouth (1944)