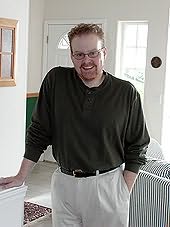 A graduate of the 1999 Clarion West writer's workshop, Monte has published two novels, The Glass Prison and Of Aged Angels. Also, he has published the short stories "Born in Secrets" (in the magazine Amazing Stories), "The Rose Window" (in the anthology Realms of Mystery), and "A Narrowed Gaze" (in the anthology Realms of the Arcane). His stories have appeared in the Malhavoc Press anthologies Children of the Rune and The Dragons' Return, and his comic book writing can be found in the Ptolus: City by the Spire series from DBPro/Marvel. Also look for his fantasy fiction series, "Saga of the Blade," in Game Trade Magazine from 2005-2006.