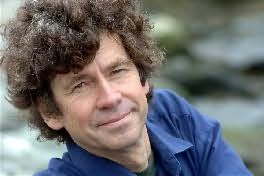 Canada (b.1951)
Lesley Choyce is a novelist and poet living at Lawrencetown Beach, Nova Scotia. He is the author of more than 80 books for adults, teens and children. He teaches in the English Department and Transition Year Program at Dalhousie University. He is a year-round surfer and founding member of the 1990s spoken word rock band, The SurfPoets. Choyce also runs Pottersfield Press, a small literary publishing house and hosted the national TV show, Off The Page, for many years. His books have been translated into Spanish, French, German and Danish and he has been awarded the Dartmouth Book Award and the Ann Connor Brimer Award.

Lesley Choyce was born in New Jersey in 1951 and moved to Canada in 1978 and became a citizen.