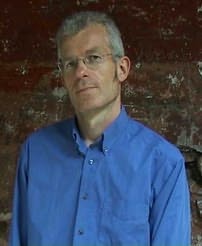 (b.1958)
Before A Year in the Merde, Stephen had never written anything longer than a report on British coffee-drinking habits. Inspired partly by the culture shock on his arrival in Paris in September 2002, and partly by the enviable sales figures of Peter Mayle's A Year in Provence, Stephen started keeping a diary of his experiences. He turned the journal into a novel when Anglo-French relations were at their worst during the Iraq War of spring 2003. Stephen is still living in Paris with his French girlfriend and her lingerie collection.
Series
Paul West
1. A Year in the Merde (2004)
2. Merde Actually (2005)
aka In the Merde for Love
3. Merde Happens (2007)
4. Dial M for Merde (2008)
5. The Merde Factor (2012)
6. Merde in Europe (2016)