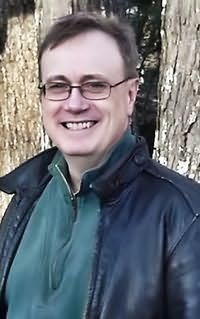 aka G W Logan
Brad was born in rural New England and grew up reading Louis LAmour, Luke Short, A.B Guthrie, Jr., and even Edgar Rice Burroughs. He knew at 14 he wanted to write for a living and refused to give up the goal even when the odds seemed overwhelmingly against it. Now, thanks to Amazon, his stories are now available. He is a member of the Western Writers of America

Brad fell in love with the Old West at a very young age. It began with movies and old TV series like GUNSMOKE and BONANZA, and later expanded to western novels. This led to his study of western history. The pioneers, the Indians, the cattlemen, the gunfighters. His interest in history is not so much about wars and great leaders, but the people who lived on the land. And thats what he writes about. The people. He doesnt write about the old west as much as he writes about what it might have felt like to be there.

He loves contact from readers. He can be reached by email at bradley.a.dennison@gmail.com if you want to discuss his stories, or even just the American West in general.