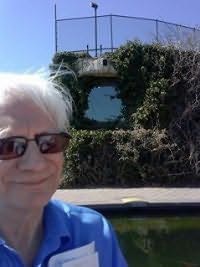 (b.1945)
Graham Diamond began writing as a fantasy and science fiction author. He was born in Manchester, England, after World War II, and his family moved to the United States when he was a young child. He was raised in New York City, on the Upper West Side, and graduated from the High School of Music and Art. He attended CCNY in NY, and the Art Students League of New York.

He worked for the New York Times as a production manager in Editorial Art for many years. He has also taught creative writing in New York and California.