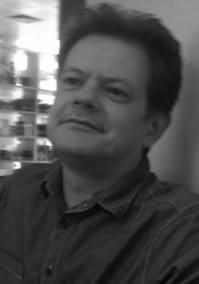 (b.1965)
Jeremy Dronfield is a versatile, multi-faceted writer with four novels to his name.

He came to writing via a circuitous route. His first serious stopover in life was as an archaeologist. After a few years in rescue excavation, he did his doctoral research at Cambridge University, on the subject of art and religion in prehistoric Ireland. His thesis was published as a series of papers in international journals including Antiquity and Current Anthropology.

While trying to get an academic career in archaeology off the ground, he began dabbling in writing fiction a pursuit hed tried intermittently since childhood. After a couple of false starts, in 1997 his debut novel The Locust Farm was picked up by an agent, who sold it to Headline for more money than Jeremy had ever seen in his life before. The Locust Farm entered several bestseller lists and was shortlisted for the John Creasey Memorial Dagger award. He followed up with three more novels for Headline (Resurrecting Salvador, Burning Blue, and the critically acclaimed The Alchemist's Apprentice).

Having moved to the Andrew Lownie agency, Jeremy is currently working on a number of fiction projects, all candidates to be the fifth novel. Meanwhile, he has developed a parallel career as a ghost, to which he brings his novelists sense of narrative, character and human drama, plus a scholarly skill with source material.
Novels
The Locust Farm (1998)
Resurrecting Salvador (1999)
Burning Blue (2000)
The Alchemist's Apprentice (2001)