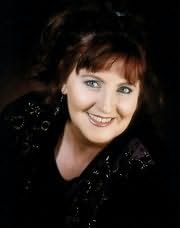 Australia (b.1959)
Jennifer Fallon lived in Melbourne until she was 11 when her father, a senior public servant, was transferred to the national capital, Canberra. She lived in and around Canberra for about 8 years and went to school at Catholic Girls High School (now Mercy College) in Braddon. She is the ninth child in a family of 13 girls.Jennifer has two daughters and a son. She has had over 50 foster children and friends refer to her home as "the ashram" due to the large number of strays people that still inhabit her house at irregular intervals.

Jennifer  lived in the Northern Territory from 1980 to 2010. and now lives in New Zealand where she is setting up the Reynox International Writers Centre.