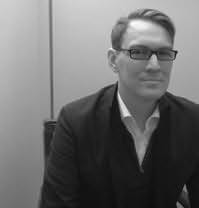 Patrick Flanery is an American writer based in London. His first novel, Absolution, was published in 2012; it won the Spear's/Laurent Perrier Best First Book Award and was shortlisted for the International IMPAC Dublin Literary Award, the Flaherty-Dunnan First Novel Prize, the Royal Social of Literature Ondaatje Prize, the Author's Club Best First Novel Award, and the Prix du Premier Roman Étranger in France; it was longlisted for the Guardian First Book Award and the Desmond Elliott Prize. It has been translated into eleven languages. His second novel, Fallen Land, was published in 2013.

Patrick has written for the Washington Post, the Los Angeles Times, Newsweek, the Guardian, the Times Literary Supplement, and the Daily Telegraph. He has held writing fellowships at the Santa Maddalena Foundation and the Rockefeller Foundation's Bellagio Center. He is Professor of Creative Writing at the University of Reading.
Novels
Absolution (2012)
Fallen Land (2013)
I am No One (2016)
Night for Day (2019)