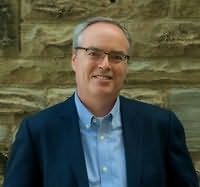 Terry Fallis earned a Bachelor of Engineering degree from McMaster University (1983) where he became engulfed in university politics and somehow persuaded the undergraduates to elect him President of the Students Union.

After graduation, he turned his back on engineering and joined future Prime Minister Jean Chretiens full time staff for the 1984 federal Liberal Leadership campaign.

Music for Love Or War (2015)
Martyn Burke
"...a beautiful, gripping, and timely story of love, friendship, and war. This is stunning storytelling that will make your heart race, break, then soar."