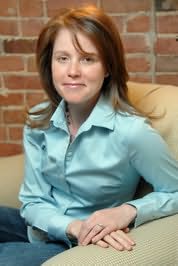 aka Julie Apple
Catherine McKenzie was born and raised in Montreal, Canada. A graduate of McGill University and McGill Law School, Catherine practices law in Montreal. Her novels SPIN and ARRANGED are International Bestsellers. They, along with her third novel, FORGOTTEN, will all be published in the US by William Morrow in 2012. SPIN has also been published in French (Ivresse) and German (Sternhagelverliebt), and ARRANGED will be published in French in June, 2012.

Follow Me Down (2017)
Sherri Smith
"With confident writing and compellingly flawed characters, this novel is sure to delight readers who enjoy tautly told thrillers."

The Good Widow (2017)
Liz Fenton and Lisa Steinke
"The Good Widow is a fresh take on your worst nightmare - your husband dies and he isn't where, or with who, he said he was. I ripped through these pages to see where Fenton and Steinke would take me, which ended up being somewhere unexpected in the best kind of way. You will not be sorry you read this!"

The Blind (2017)
A F Brady
"A page-turner that had me holding my breath until the last page."

Half Past (2017)
Victoria Helen Stone
"What would you do if you found out that your mother wasn’t your biological mother? Would you go looking for the answer to how that happened if she couldn’t provide an explanation? That’s the intriguing question at the heart of Half Past, Stone’s strong follow-up to Evelyn, After. [It’s] both a mystery and an exploration of what family really means. Fans of Jodi Picoult will race through this."

The Queen of Hearts (2018)
Kimmery Martin
"In The Queen of Hearts, debut author Kimmery Martin brings humor and insight into this exploration of friendships and secrets set in the fascinating world of practicing doctors. She effortlessly weaves the past and the present to bring you all sides of this nuanced story. Part mystery and part exploration of the human heart, Martin has a cure for what ails both her characters and their relatable problems. Sure to be a hit with fans of JoJo Moyes and Liane Moriarty."

Neighborly (2018)
Ellie Monago
"In Neighborly, Ellie Monago adds a dark twist to the idea that you never know who your neighbors really are, no matter how friendly, and that if things look too good to be true, they probably are. The neighbors in this idyllic neighborhood are outwardly welcoming and at the same time deliciously creepy, and the secrets that bind them all will shock and surprise you. A fast-paced read from a new voice in domestic suspense which you should add to your to-read pile immediately."

Not That I Could Tell (2018)
Jessica Strawser
"In NOT THAT I COULD TELL, Strawser has wrapped a mystery into the fabric of a tightly knit community. When Kristin, recently separated from her husband, leaves in the middle of the night after a night of drinking with her girlfriends, her neighbors can't help but wonder: did she leave of her own accord? Or if she simply ran away, why? When her soon-to-be-ex moves back into their house, and more secrets about Kristin are revealed, her friends begin to question whether they knew anything about her at all. Well-drawn characters, a perfectly cast neighborhood and a great puzzle; what more could you want in your next read?"

The Trailing Spouse (2018)
Jo Furniss
"In The Trailing Spouse, Jo Furniss takes us into the heart of expat culture in Singapore. The vivid surroundings ring true in this mystery set in an unraveling marriage. A fascinating look at life ensconced in an unfamiliar culture."

Black Swan Rising (2018)
Lisa Brackmann
"An important book that looks at where our currently divided political climate could take us, and where it already has."

Rapid Falls (2018)
Amber Cowie
"In Rapid Falls, two sisters are haunted by a prom night tragedy. One’s life is spiraling out of control and one seems intact. But appearances can be deceiving. Cowie brings her readers to the edge of a cliff and then dares them to dive off—right into the rough and tumble that is Rapid Falls. Twisty and gripping."

The Girl He Used to Know (2019)
Tracey Garvis-Graves
"On the surface, this book might appear to be a girl-meets-boy, girl-loses-boy, girl-gets-boy-back-years-later type of story. But dig a little and you'll find so much more. The girl in question is not your usual heroine: she's somewhere on the autism spectrum. And the boy isn't typical either--he's not trying to take advantage of her, he's trying to heal too. Both a touching love story and an interesting insight into life on the spectrum, I raced through this in a day and felt all the feels when life intervened in a way that might have kept them apart forever. I recommend it."

Never Forget (2020)
(Victor Lessard, book 1)
Martin Michaud
"Martin Michaud is a master at twisty storytelling and compelling atmosphere. This kept me on the edge of my seat from start to finish. I can't wait to read Lessard's next case!"

In an Instant (2020)
Suzanne Redfearn
"When a sudden car accident shatters a family, they’re left to pick up the pieces while trying to solve the mystery of just what happened that night. Redfearn deftly pivots from character to character in this multiple-points-of-view narrative, unraveling the past and weaving together a new future for the family. In an Instant is sure to please fans of The Lovely Bones and Big Little Lies."

The Good Stranger (2020)
(Kate Bradley Mystery, book 3)
Dete Meserve
"The Good Stranger is a satisfying conclusion to the Kate Bradley trilogy. Kate is on her own in NYC, but trouble soon finds her in the form of anonymous gifts that are being left all over New York. Will Kate figure out who’s sending them or will the stranger remain a mystery? A fun premise mixed with suspense and humor."

Once Two Sisters (2020)
Sarah Warburton
"All is not as it seems in this fast-paced thriller...Once Two Sisters delves into complex family relationships and the past in a fresh way."

Girls of Brackenhill (2020)
Kate Moretti
"The Girls of Brackenhill is a fast-paced, creepy-in-a-good-way ghost story that will leave you on the edge of your seat wondering what happened at the castle on the hill seventeen years ago. Moretti weaves the past and present together in a delicious way, making you think you’ve figured this puzzle out when you haven’t, not by a long shot. A thoroughly enjoyable thriller about first love, loss, and the bond between sisters, I devoured this and you will too."
Visitors to this page also looked at these authors
Ian McEwan
Gilly MacMillan
Clare Mackintosh
Claire McGowan
Jennifer McMahon
Shari Lapeña
Jenn McKinlay
Kimberly McCreight
Debbie Macomber
Gillian McAllister
Cody McFadyen
Lindsay McKenna
Seanan McGuire
Ian McGuire
Megan Miranda
Laura Lippman