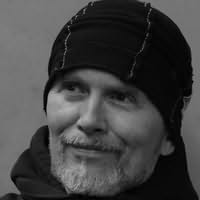 The Deadbeat Club is the second novel by Dietrich Kalteis, released by ECW Press in October, 2015. The National Post calls it, A breakout for Kalteis, doing for Vancouver and Whistler what George V. Higgins did for Boston, and Jean-Claude Izzo does for Marseille.

His anticipated third novel, Triggerfish will be released in June, 2016; and his debut novel, Ride the Lightning, won the bronze medal in the 2015 Independent Publisher Awards for Canada West Regional Fiction, and was hailed as one of the best Vancouver crime novels.

More than 40 of his short stories have been published internationally, and his screenplay Between Jobs was a finalist in the Los Angeles Screenplay Festival. Kalteis resides with his family in West Vancouver and is currently working on his next novel.

Throwing Off Sparks (2020)
(Riley Reeves Mystery, book 1)
Michael Pool
"Right from the jump, I was drawn in by Michael Pool's well-crafted Throwing Off Sparks. It's got pace and heart, and well-drawn characters, some you'll love, some you'll hate. To put it simply, it's sharp writing that makes for edge-of-your-seat reading. And like so many of my favorite series, the worst part of this one is having to wait for the next installment."
Visitors to this page also looked at these authors
Owen Laukkanen
John Farrow
C J Box
Simon Brett
Christina Dodd
Tara Moss
Carys Jones
David Mark
Camilla Bruce
Kristi Belcamino
Kate Moretti
Michael Pool
J G Hetherton
Edwin Hill
Ross Greenwood
Lisa Gray