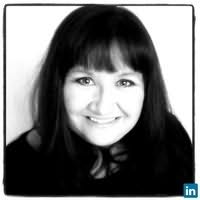 Suzanne Kelman writing voice has been described as a perfect blend of Janet Evanovich and Debbie Macomber.
Kelman is the author of The Rejected Writers' Book Club and is also an award-winning writer/screenwriter whose accolades include the Best Comedy Feature Screenplay award from the 2011 L.A. International Film Festival, the Gold Award from the 2012 California Film Awards, and the Van Gogh Award from the 2012 Amsterdam Film Festival. Born in the United Kingdom, she now resides in Washington State.is a detail-oriented producer/director and an award-winning/optioned screenwriter, with a passion for bringing great storytelling to life. She is also the co-author of the comedy book, Big Purple Undies.