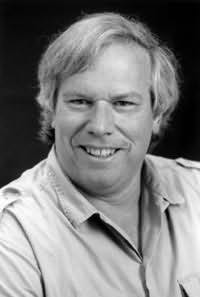 (b.1947)
James Kahn is an American medical specialist and writer, best known for his novelization of Star Wars Episode VI: Return of the Jedi. Born in Chicago on December 30, 1947, Kahn received a degree in medical studies from the University of Chicago. His post-graduate training, specializing in Emergency Medicine, was completed at USC-LA County Hospital and UCLA. His original work includes three novels in the New World series: World Enough, and Time (1980), Time's Dark Laughter (1982), and Timefall (1987). As well as Return of the Jedi, he wrote the novelizations of the films Poltergeist and Indiana Jones and the Temple of Doom. He has also written for well-known TV shows such as Melrose Place and Star Trek: The Next Generation. He was the producer of Melrose Place from 1996 to 1998.