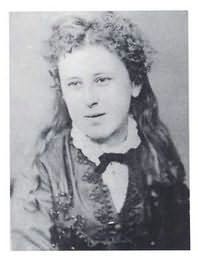 (Violet Paget)
France (1856 - 1935)
Vernon Lee, the pseudonym of Violet Paget was born in Boulogne of British parents. After early travels she settled in Florence. In 1880 her Studies of the Eighteenth Century in Italy earned her acclaim as a critic, followed by later studies of Renaissance art to which she added a number of philosphical and sociological works. She also wrote a manual of aesthetics, essays and two novels. Satan the Waster (1920), a dramatic trilogy, embodied her belief in pacificism. Among her many contemporary admirers were Robert Browning, Walter Pater, George Bernard Shaw, James McNeill Whistler and Edith Wharton (Wharton's The Ghost-Feeler 0 7206 1152 0 is the perfect companion to this volume). A portrait of Vernon Lee by John Singer Sargent hangs in the Ashmolean Museum, Oxford.
Novels
A Phantom Lover (1886)