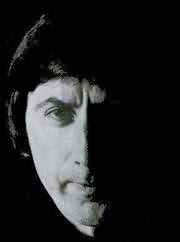 (1943 - 2013)
James Herbert was Britain's number one bestselling writer (a position he held ever since publication of his first novel) and one of the world's top writers of thriller/horror fiction.

He was one of our greatest popular novelists, whose books are sold in thirty-three other languages, including Russian and Chinese. Widely imitated and hugely influential, his nineteen novels have sold more than forty-two million copies worldwide.

Books about James Herbert
James Herbert: by Horror Haunted (1992) by Stephen Jones
Devil in the Dark (2003) by Craig Cabell