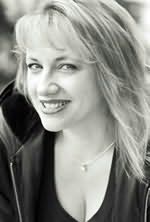 The progeny of a slightly mad NASA scientist and a tea-drinking bibliophile who turned the family dining room into a library, Theresa Meyers learned early the value of a questioning mind, books and a good china teapot. But it wasnt until third grade that Theresa overcame her dyslexia and learned to read, going on to make words her lifes work. With a degree in Mass Communications she became first a journalist, then a public relations officer in both the corporate and agency realm. But by far the most challenging has been using her writing skills to pen paranormal and steampunk novels in the turret office of her Seattle-area Victorian home. Shes spent nearly a quarter of a century with the boy who took her to the Prom, drinks tea with milk and sugar, is an adamant fan of the television show Supernatural, and has an indecent love of hats.