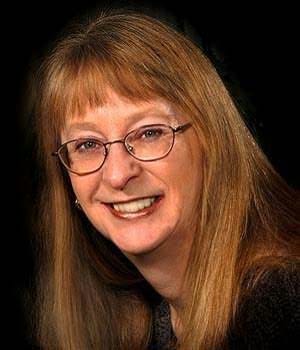 Leigh Michaels was born on July 27 in Iowa. She received a Bachelor of Arts in journalism from Drake University in Des Moines, Iowa, after threeyears of study and maintained a 3.93 grade-point average. She received theRobert Bliss Award as top-ranking senior in the School of Journalism andMass Communication, and won a national William Randolph Hearst Award forfeature-writing as an undergraduate.

When she was fifteen, Leigh wrote her first romance novel and burned it. Sheburned five more complete manuscripts before submitting to a publisher onFriday the Thirteenth. In 1984, the first submission was accepted byHarlequin, the only publisher to look at it, and was published. Now, LeighMichaels, is the author of more than 85 contemporary romances for Harlequin.She writes sweet, traditional romances, set in Midwestern cities or smalltowns, and emphasising family values.

More than 27 million copies of her books have been printed, worldwide, in650 editions. Her work has been translated and published in 120 countries inmore than 20 languages, including Spanish, French, Portuguese, Italian,Greek, German, Finnish, Norwegian, Danish, Dutch, Swedish, Russian,Hungarian, Polish, Czech, Bulgarian, Turkish, Hebrew, Chinese, Korean andJapanese. She was the guest of honour at an autograph party sponsored byMills & Boons' Japanese division, for readers who chose her as theirfavourite author, and was recipient of the 1994 Pioneer Award presented byIowa Romance Novelists. Fifteen of her books have appeared on theWaldenbooks Romance Bestsellers List. Five of her books (Ties That Bind, TheLake Effect, Travelling Man, The Unlikely Santa, and The Daddy Trap) havebeen finalists for Best Traditional Romance novel of the year in the RITAcontest, sponsored by Romance Writers of America and Family Secrets,received a reviewer's choice award from Romantic Times magazine.

Leigh Michaels is the author of, Writing the Romance Novel with LeighMichaels, a how-to-guide for romance writers, in addition to a series ofaudio tapes on writing and the romance genre. She teaches an annual seminaron the romance novel at the University of Iowa and has written articles for,Writer's Digest, and, The Writer. She also authored, Dear Leigh Michaels...A Novelist Answers the Most-Asked Questions about Getting Published;wherein, she addresses topics such as finding a publisher, contracts,rejection letters, pen names and writing query letters. She also wrote acookbook entitled, A Taste of Love, featuring family recipes coupled withstories about the significance of each dish. Here, Leigh reveals a long lineof tradition in her family.

Leigh Michaels is married to the artist/photographer, Michael W.Lemberger, they reside in her native Iowa. She and her husband have been featured on Iowa Public Television.

Walk Down the Aisle: Wedding Celebration
A Convenient Affair (2001)

Series contributed to
Men: Made in America
15. Kiss Yesterday Goodbye (1984)

Sealed with a Kiss
Invitation to Love (1994)