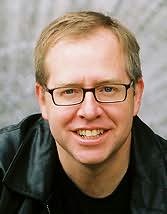 Tim Maleeny is the award-winning author of STEALING THE DRAGON, a novel that Lee Child called "a perfect thriller debut" which was named a "Killer Book of the Month" by the Independent Mystery Booksellers Association.

Publishers Weekly said Tim's writing "engages the reader without insisting that it be taken too seriously," which is probably why reviewers have made such favorable comparisons to an eclectic list of names that includes Elmore Leonard, Ian Fleming, and even Jackie Chan.

Tim's short fiction won the 2007 Macavity Award and appears in Alfred Hitchcock's Mystery Magazine and DEATH DO US PART, an anthology edited by Harlan Coben for the Mystery Writers of America.

A graduate of Dartmouth College and Columbia University, Tim currently lives in San Francisco near Chinatown.