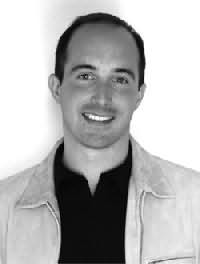 Henry H. Neff is the author and illustrator of the Tapestry, a fantasy fiction series that follows the life of a boy named Max McDaniels. The series comprises four novels of which three have been published and nominated for a number of awards. In addition to compelling characters and an epic story, the books are notable for combining a range of genres, including fantasy, history, mythology, folklore, and science fiction. Henry H. Neff both writes and illustrates the books.The Hound of Rowan was nominated for the 2009-10 Texas Bluebonnet Award.

Before becoming an author, Henry H. Neff was a consultant for McKinsey & Company and a teacher at Stuart Hall High School in San Francisco. He is a graduate of New Trier High School in Winnetka, Illinois and Cornell University in Ithaca, New York. He currently lives and writes in Brooklyn, New York.