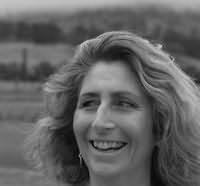 Fresh from an Arts degree, P.M. Newton joined the New South Wales police force in 1982. She spent the next thirteen years working in and around Sydney in various departments Drug Enforcement, Sexual Assault, Major Crime first as an officer, then as a detective. When she had eventually had enough of meeting people for the first time on the worst day of their lives, Newton resigned from the Job to travel and live overseas, before returning to Sydney, where she works as a librarian and writes. The Old School is her first novel.