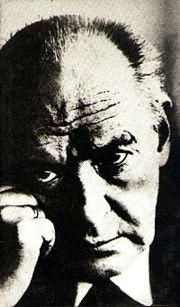 (Vladimir Vladimirovich Nabokov)
Russia (1899 - 1977)
The Russian-American novelist, poet and critic Vladimir Nabokov is best known for his novel Lolita. Nabokov was born in St Petersburg, Russia. He began writing for the Russian emigre press in Berlin, under the pseudonym of Vladimir Sirin. In 1940 Nabokov moved to the United States and five years later became an American citizen. The publication of Lolita made him a major literary figure. In 1959 Nabokov moved to Switzerland, where he led a reclusive life until his death.