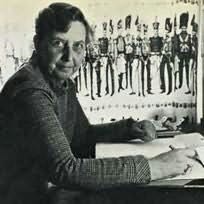 (1924 - 1990)
Joyce Porter was born in Marple, Cheshire, and educated at King's College, London. In 1949 she joined the Women's Royal Air Force, and, on the strength of an intensive course in Russian, qualified for confidential work in intelligence.

When she left the service in 1963 she had completed three detective novels.Porter is best known for her series of novels featuring Detective Inspector Wilfred Dover. Dover One appeared in 1964, followed by nine more in a highly successful series. Porter also created the reluctant spy Eddie Brown, and the "Hon-Con", the aristocratic gentlewoman-detective Constance Ethel Morrison Burke.