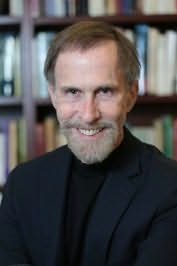 Alex Rosenberg's first novel, "The Girl From Krakow," is a thriller that explores how a young woman and her lover navigate the dangerous thirties, the firestorm of war in Europe, and how they make sense of their survival. Alex's second novel, "Autumn in Oxford" is a murder mystery set in Britain in the late 1950s. It takes the reader back to the second world war in the American south and England before D-day, France during the Liberation and New York in the late '40s. It will be published by Lake Union in August.

Before he became a novelist Alex wrote a large number of books about the philosophy of science, especially about economics and biology. These books were mainly addressed to other academics. But in 2011 Alex published a book that explores the answers that science gives to the big questions of philosophy that thinking people ask themselves--questions about the nature of reality, the meaning of life, moral values, free will, the relationship of the mind to the brain, and our human future. That book, "The Atheist's Guide to Reality," was widely reviewed and was quite controversial.

When he's not writing historical novels, Alex Rosenberg is a professor of philosophy at Duke University.

The Soul of a Thief (2018)
Steven Hartov
"Steven Hartov takes us on an SS commando's headlong rush across German-occupied Europe from France to the battlefield of Russia and back again just in time for D-day, in the company of a brutally efficient SS-colonel and his decidedly non-Aryan adjutant. Hartov tells a story about Nazis and Jews on the same side of the front lines that few could have conceived but the likes of which had to have happened. Between the spring of 1943 and the summer of 1944 The Soul of a Thief packs a lifetime of human experiences into a year of European wartime."
Visitors to this page also looked at these authors
C J Sansom
Marek Halter
David Fisher
James Phelps
Graham Hurley
Simon Scarrow
Steven Hartov
Gregg Hurwitz
Jack Higgins
Paul Buchanan
Joel C Rosenberg
Laura Shepherd-Robinson
Daniel Kalla
Stephen Mertz
Steven A McKay
Aaron Rosenberg