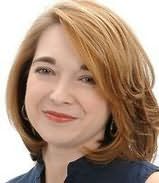 Her marriage to an Air Force pilot has taken her to central and southern California, Texas, Washington state, Alabama, Oklahoma, Geo rgia, and Maryland. Sara has worked as a credit processor, a staff reporter for two Air Force base newspapers, and a researcher and writer for the Citizen Ambassador Program of People to People International. She and her family have moved over ten times--giving her plenty of expertise to write the Mom Zone mysteries.