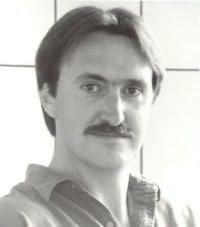 aka T F Banks, Sean Thomas Russell
Sean Russell was born 1952 in Toronto. At the age of three his family moved to the outskirts of the city, where they lived in a cottage at the beach of Lake Ontario. At the age of ten he decided to become an author, and the fantasy genre caught him years later, while reading J. R. R. Tolkien's Lord of the Rings. After university, he moved to Vancouver, and two years later to Vancouver Island, where he still lives with his family. He published his first novel in 1991.His first historical naval novel Under Enemy Colours, published in 2007, introduced a new Royal Navy hero, Charles Hayden, and HMS Themis, a fictitious frigate.

Mr. Russell cites history as one of his passions, collects old yachting and sailing books, skis, sails and travels. Past interests include caving, rock climbing, hiking, and racing sailboats.