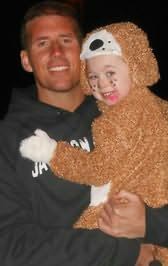 aka T R Kohler
Dustin Stevens is the author of more than 20 novels, 15 of them having become #1 Amazon bestsellers, including the Hawk Tate and Zoo Crew series. The Boat Man, the first release in the best-selling Reed & Billie series, was recently named the 2016 Indie Award winner for E-Book fiction and the 3rd Grand Prize Winner for all books hard cover, paperback and ebook.

A member of the Mystery Writers of America and Thriller Writers International, he resides in Honolulu, Hawaii.