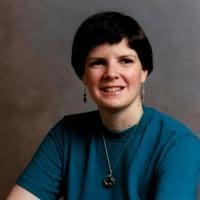 Elisabeth Waters sold her first short story in 1980 to Marion Zimmer Bradley for THE KEEPER'S PRICE, the first of the Darkover anthologies. She thenwent on to sell short stories to a variety of anthologies. Her first novel, a fantasy called CHANGING FATE, was awarded the 1989 Gryphon Award. She is now working on a sequel to it, in addition to her short story writing and anthology editing.

She also worked as a supernumerary with the San Francisco Opera, where she appeared in La Gioconda, Manon Lescaut, Madama Butterfly, Khovanschina, Das Rheingold, Werther, and Idomeneo.

Treasures
Treasures of Albion I (2012) (with Michael Spence)

Valdemar : Heralds of Valdemar (with Mercedes Lackey)
A Storytelling of Crows (2011)
A Charm of Finches (2011)

Collections
The Princess, the Dragon, and the Frog Prince (2012) (with Mercedes Lackey and Raul S Reyes)
Ski the Hellers (2020)