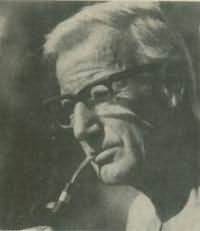 aka Glyn Carr
Frank Showell Styles was a Welsh writer and mountaineer.

Showell Styles was born in Four Oaks, Birmingham and was educated at Bishop Vesey's Grammar School, Sutton Coldfield. Known to his friends as 'Pip', Showell Styles' childhood was spent in the hills of North Wales where he became an avid mountaineer and explorer. During the Second World War, Styles joined the Royal Navy and was posted in the Mediterranean, but even there he walked and climbed as much as he could.

An aspiring writer, Styles already had articles published in Punch, before setting out to make his living as an author. His first novel, Traitors Mountain, was a murder mystery set on and around Tryfan in Wales. He became a prolific writer with over 160 books published for children as well as adults. In addition to historic naval adventure fiction such as the Midshipman Quinn and Lieutenant Michael Fitton series set during the Napoleonic Wars, and non-fiction works on mountains and such as The Mountaineers Weekend Book, he wrote detective fiction under the pseudonym of Glyn Carr, and humorous pieces as C.L. Inker.