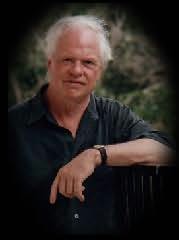 (b.1935)
D.M. Thomas was born in Cornwall in 1935. After reading English at New College, Oxford, he became a teacher and was Head of the English Department at Hereford College of Education until he became a full-time writer. His first novel The Flute-Player won the Gollancz Pan/Picador Fantasy Competition. He is also known for his collections of verse and his translation from the Russian poet Anna Akhmatova.

He was awarded the Los Angeles Fiction prize for his novel The White Hotel, an international bestseller, translated into 30 languages; a Cholmondeley award for poetry; and the Orwell Prize for his biography of Alexander Solzhenitsyn. He lives in his native Cornwall, England.