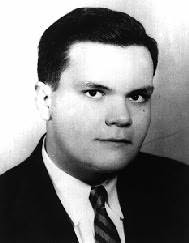 (1937 - 1969)
John Kennedy Toole was born in New Orleans in 1937. He received a master's degree in English from Columbia University and taught at Hunter and the University of Southwestern Louisiana. In 1969, frustrated at his failure to interest a publisher in A Confederacy of Dunces, he committed suicide. Toole's book was eventually published, after his mother brought the work to the attention of Walker Percy and insisted that he read her son's manuscript. Percy became one of the novel's many admirers and The Confederacy of Dunces was awarded the Pulitzer Prize in 1981. Following that posthumous success, The Neon Bible, which Toole had written when he was sixteen, was first published in 1989.