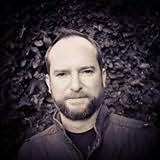 Scott Thomas is the Stoker-nominated author of Kill Creek, which was selected by the American Library Association's reader committee as the top horror book of 2017. Originally from Coffeyville, Kansas, Scott attended the University of Kansas where he earned degrees in English and Film. He has written TV movies and teleplays for various networks including Netflix, Syfy, MTV, VH1, the CW, Disney Channel, Nickelodeon, and ABC family. Scott was nominated for a Daytime Emmy for his work on R.L. Stein's The Haunting Hour. He lives in Sherman Oaks, California with his wife and two daughters.