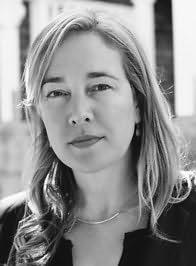 (b.1972)
Wife of Dave Eggers
Vendela Vida is the award-winning author of four books, including Let the Northern Lights Erase Your Nameand The Lovers, and a founding editor of The Believer magazine. She is also the co-editor of Always Apprentices, a collection of interviews with writers, and Confidence, or the Appearance of Confidence, a collection of interviews with musicians. As a fellow at the Sundance Labs, she developed Let the Northern Lights Erase Your Name into a script, which received the Sundance Institute/Mahindra Global Filmmaking Award. Two of Vidas novels have been New York Times Notable Books of the year, and she is the winner of the Kate Chopin Award, given to a writer whose female protagonist chooses an unconventional path. She lives in Northern California with her husband and two children, and since 2002 has served on the board of 826 Valencia, a nonprofit writing and tutoring lab for youth.

The Fates Will Find Their Way (2011)
Hannah Pittard
"A bold, wise, magical, and authentic novel about youthful infatuation and its legacy. Hannah Pittard's beautifully confident prose is sure to make readers look back on their own teenage years with fresh wonder."

The Nearness of you (2017)
Amanda Eyre Ward
"The Nearness of You is not just an arresting meditation on motherhood but also an exploration of how we can seize the lives we've been given and transform them into the lives we want to live. Like all of Ward's novels, this book's intrigue and charm demand that it be indulged in a single sitting."
Visitors to this page also looked at these authors
Dave Eggers
Sydney J Van Scyoc
Brian M Thomsen
Robert Coover
Tim Waggoner
Max Allan Collins
J M Coetzee
Lawrence C Connolly
Rose Tremain
Kurt Vonnegut Jr
Voltaire
A E van Vogt
Gore Vidal
John Varley
Andrew Vachss
Steven Utley