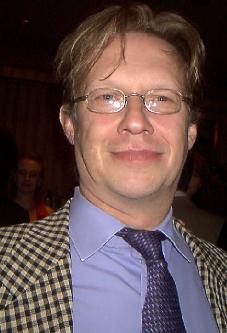 (b.1956)
Jack Womack was born in Kentucky in 1956. Having survived a Kafka-esque childhood, he travelled to New York, saw it with an outsider's eye and has never been the same since. In Womack's novels, New York is strange and unsettling, a city of joy and pain, horror and transcendence. Dubbed 'the coolest writer of his generation', Womack is the favourite author of William Gibson.

Three Marys (2003)
Paul Park
"Paul Park has been, for far too many years, one of the most unjustly unknown contemporary American authors. Those who do know have long spread the word, but ultimately, to know his work you must read the word. Three Marys should, I believe, be the novel--rich in incident, warm in characterization, unforgettable in approach--that at last brings him the wider attention he justly deserves."