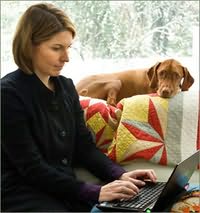 Nicolle Wallace is a bestselling author, political analyst for MSNBC, and co-host of ABCs The View.

Wallace, who served as communications chief for George W. Bushs White House and re-election campaign, was credited with injecting a tremendous amount of realism into White House deliberations.  According to the Washington Post, she served as a voice for more openness with reporters (Washington Post, June 28, 2006).  The New York Times story announcing her presidential appointment carried the headline: New Aide Aims to Defrost the Press Room (January 10, 2005). Wallace was described by former colleagues as very persuasive in the halls of the West Wing.