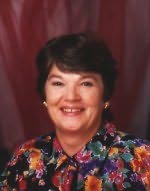 New Zealand (b.1940)
Robyn was born on 1940 in Northland, New Zealand, she was the oldest in herfamily, and as a child she thrilled her four sisters and one brother withbloodcurdling adventure tales, usually very like the latest book she'dborrowed from the library.

Robyn owes her writing career to two illnesses. The first was a younger sister's flu. She was living with her husband and her and spent most of thatwinter acquiring, suffering, and recovering from various infections. One dayshe croaked that she had read everything on Robyn's bookshelves, so wouldShe please buy her something cheerful and sustaining. Robyn found threepaperbacks one Mills and Boon Modern Romance novel and a couple of otherromances. Robyn read them, too, of course, and so enjoyed them she spent thenext couple of years hunting down more Mills and Boon books. This was muchmore difficult then than it is today, so she decided to write her own, andfor the following busy 10 years She wrote and hoped that one day She'dfinish a manuscript good enough to send off.

The second illness was her husband's, and it was bad a heart attack. He wasso young it terrified them all. While he was recovering he suggested thatRobyn finish the manuscript She was writing and send it off. It wasn't aperfect manuscript, but the doctor had said to humour him, so She finishedit, edited it as best She could, and sent it off. Three months later, Shewas astounded to read a letter from the editor saying that if She made a fewrevisions they would buy her novel Bride at Whangatapu.

Published since 1977, Robyn sees her readers as intelligent women who insiston accurate backgrounds, so she spends time researching as well as writing.Robyn Donald sometimes thinks that writing is much like gardening. It's asimilar process creating landscapes for the mind and emotions from the seedsof ideas and dreams and images. Both activities can also lead to moments ofextreme delight, moments of total despair, and backache.Now Robyn is living in the Bay Islands. She continues writing, and also findstime for a very supportive husband, two adult children and their partners, agranddaughter and her mother, not to mention the member of the family thatkeeps her fit, a loud, cheerful, and ruthlessly determined "almost" Labradordog.

Secrets
The Colour of Midnight (1994)

Bedded By Blackmail
The Blackmail Bargain (2005)

Dark-Hearted Tycoons
Stepping Out of the Shadows (2012)