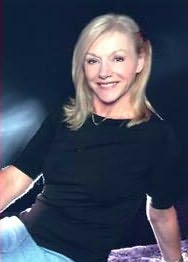 Penelope "Penny" Jones was born on November 24, 1946 at about seven pounds in a nursing home in Preston, Lancashire, England. She was the first child of Anthony Winn Jones, an engineer, who died at 85, and his wife Margaret Louise Groves Jones. She has a brother, Anthony, and a sister, Prudence "Pru".

She had been a keen reader from the childhood - her mother used to leave her in the children's section of their local library whilst she changed her father's library books. She was a storyteller long before she began to write romantic fiction. At the age of eight, she was creating serialized bedtime stories, featuring make-believe adventures, for her younger sister Prue, who was always the heroine. At eleven, she fell in love with Mills & Boon, and with their heroes. In those days the books could only be obtained via private lending libraries, and she quickly became a devoted fan; she was thrilled to bits when the books went on full sale in shops and she could have them for keeps.

Penny Halsall lived in a neo-Georgian house in Nantwich, Cheshire, with her Alsatian Sheba and cat Posh. She worked from home, in her kitchen, surrounded by her pets, and welcomed interruptions from her friends and family.