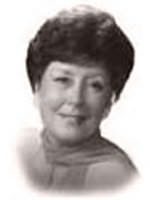 aka Kathy Orr
Catherine Spencer went to a Catholic school and she worked as a High SchoolEnglish teacher. She married and had four childen. Catherine fell intowriting by happy accident. Approaching menopause and ready for a change ofcareer while she could still walk and chew gum at the same time, sheeavesdropped on a conversation about writing for Mills & Boon and decidedthis was too good a challenge to pass up. With the blithe ignorance of anon-swimmer leaping into a shark-infested pool, she resigned from her job asa high school English teacher and fired off her first submission to Mills &Boon's editorial staff. Although her first two submissions were rejected,the third effort made the grade.

Her first book was published in 1986, and *The Loving Touch*, her thirdnovel, was a short contemporary finalist for the Romance Writers' ofAmerica's prestigious RITA Award. Her books have been translated into morethan 17 languages and distributed in nearly 30 foreign markets.

In between deadlines, she has taught courses on writing series romance atboth college and continuing education level, as well as presenting workshopsat the RWA's national conference in St. Louis and New York, to variousaffiliated chapters throughout the Pacific Northwest, and at the SurreyWriters' Conference in British Columbia. With friend and fellow writerJudith Bowen, she is a co-sponsor of the biennial Singletree Workshop, anacclaimed weekend retreat for romance writers drawing participants from allover North America.

Catherine lives with her husband in White Rock, a small seaside communitysouth of Vancouver, British Columbia. She has four grown children, fivegrandchildren, two dogs and a cat, all of which are perfect! She has yet tofind the perfect house, though, and despite repeated promises never to do soagain, continues to persuade her husband to undertake renovations whichalways turn out to be more extensive and costly than she envisaged. In herlimited spare time, she enjoys swimming, walking, reading, playing thepiano, collecting antiques, and growing tropical plants. She once drove fromB.C. to North Dakota and spent a week cruising small-town auctions there andin South Dakota and Minnesota, looking for small antique items to bringhome. She ended up renting the biggest U-Haul trailer her car could tow, andhad it stuffed to the roof with furniture. Ever since, her husband refusesto let her leave town unless he's along for the ride!

From Here To Paternity
Dominic's Child (1996)

Brides of Convenience
4. The Mediterranean Husband (2007)

Mistress to a Millionaire
21. The Greek Millionaire's Mistress (2007)

Everlasting Love
The Man From Tuscany (2008)