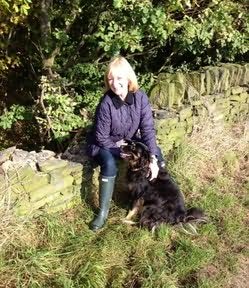 Susan was a professional singer before meeting her husband on the tiny Mediterranean island of Malta. In true Harlequin Presents style they met on Monday, became engaged on Friday and were married three months later.

Susan enjoys entertaining, travel, and going to the theatre. To relax she reads, cooks and plays the piano, and when she's had enough of relaxing she throws herself off mountains on skis, or gallops through the countryside singing loudly.

Black-Heart
1. Christmas With The Billionaire (2014)

Secret Heirs of Billionaires
The Secret Kept from the Greek (2017)