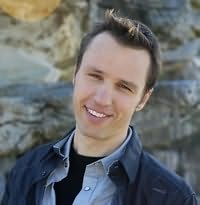 Australia (b.1975)
Markus Zusak was born in 1975 and is the author of five books, including the international bestseller, The Book Thief, which is translated into more than forty languages. First released in 2005, The Book Thief has spent a total of 375 weeks on the New York Times bestseller list, and still remains there eight years after it first came out.

Markus Zusak grew up in Sydney, Australia, and still lives there with his wife and two children.

Chenxi and the Foreigner (2008)
Sally Rippin
"Beautiful, honest and brave."

Out of Shadows (2010)
Jason Wallace
"Honest, brave and devastating - more than just memorable. Its impossible to look away."

The Summer I Learned to Fly (2011)
Dana Reinhardt
"When you start reading a Dana Reinhardt book, it's like discovering a new friend."

The Light Between Oceans (2012)
M L Stedman
"An extraordinary and heart-rending book about good people, tragic decisions, and the beauty found in each of them."